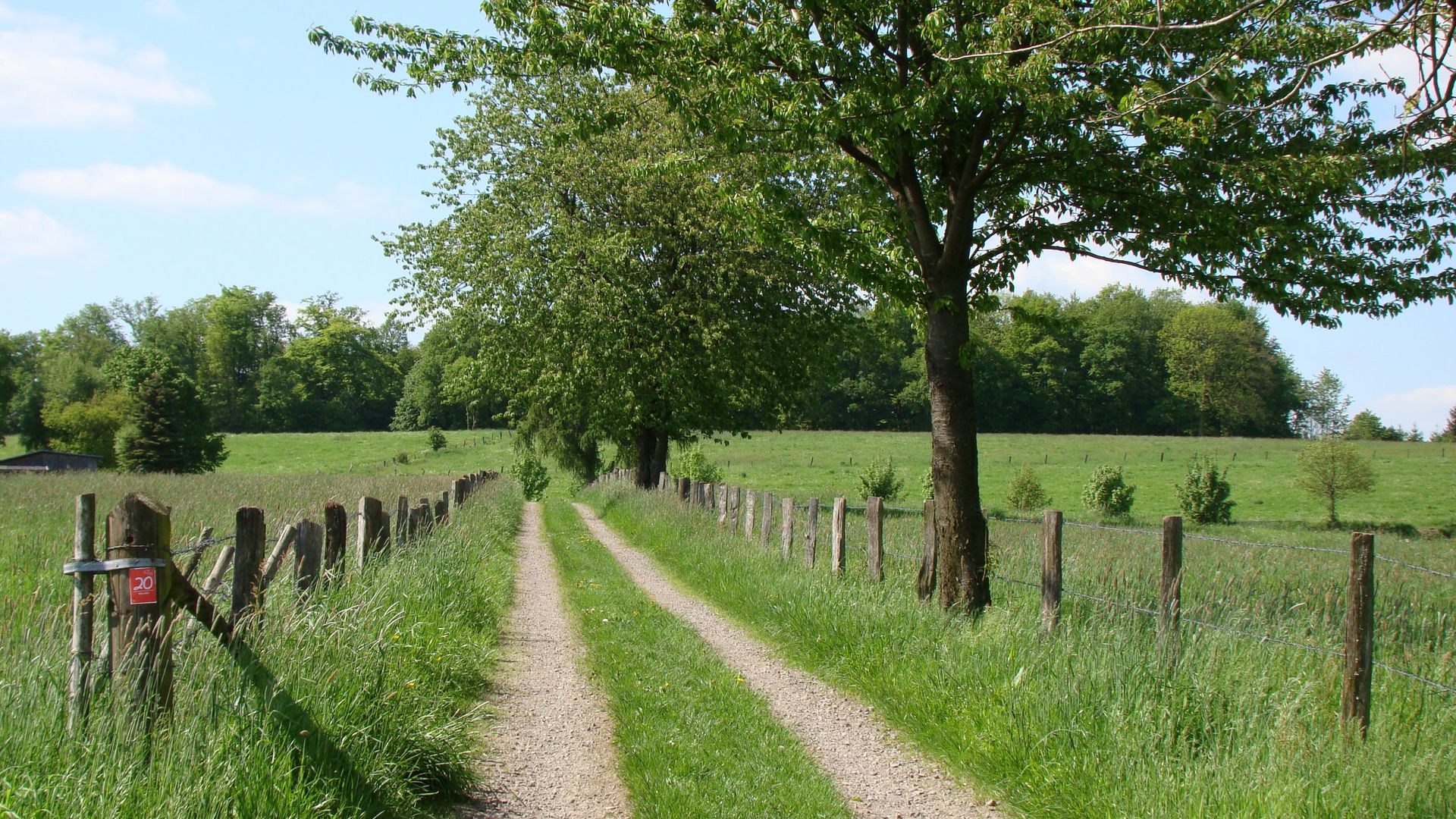 Three decades before Cologne writer Heinrich Böll received the Nobel Prize for Literature in 1972, he and his wife found refuge in the municipality of Much during the turmoil of the Second World War. This time significantly defined the young soldier.

Eight information boards along the way of this approx. 12 kilometre trail offer loads of information on Böll’s life in the Bergisch region. The route takes you to a number of places that were important to the survival of Böll and his wife from 1944 to 1946 and provides unique insights into the relationship between the locals and the resident refugees back then.

At an audio station, you can find out more about Heinrich Böll’s attitude toward the war. In addition to this, his son René Böll can also be heard reading from his book “Briefe an meine Söhne oder vier Fahrräder” (Letters to my Sons or Four Bicycles).

It appears that you are using Microsoft Internet Explorer as your web browser to access our site.

For practical and security reasons, we recommend that you use a current web browser such as Firefox, Chrome, Safari, Opera, or Edge. Internet Explorer does not always display the complete content of our website and does not offer all the necessary functions.